MMA fans can keep up with the latest news in MMA via these apps for Android and iOS.

Mixed martial arts fans are hungry for more content, and they find it hard to get it all in one place. And now, there are more MMA fans than ever before. With the recent increase in the popularity of mixed martial arts, there are now many good apps out there.

Today, we’re going to walk through the top best MMA news apps for iPhone and Android, and show you how you can get the most out of these apps.

Mixed martial arts are a very busy sport. The news is always breaking, with competitors suffering injuries that prohibit them from fighting, new fights being announced, and exciting occurrences occurs daily. For the hardcore fight fan, it’s hard to keep up with all the information that comes in daily. Here we’ve rounded up 11 best MMA news apps that are helpful to MMA fans.

The Ultimate Fighting Championship (UFC) is a mixed martial arts organization that was founded by Art Davie and Rorion Gracie in 1993. It was the first major professional MMA organization, and it has become one of the most popular sports in the world. In 2017, Forbes Magazine ranked the UFC as the No. 1 brand in Mixed Martial Arts.

The UFC App is a must-have for any UFC fan. It allows you to stay up to date with the latest news, videos, and live streams from the UFC. It’s also a great way to watch UFC events that are not available on TV and access to 35+ sports partners. Because it is an official app no doubt it will be the best MMA news apps for all things MMA. 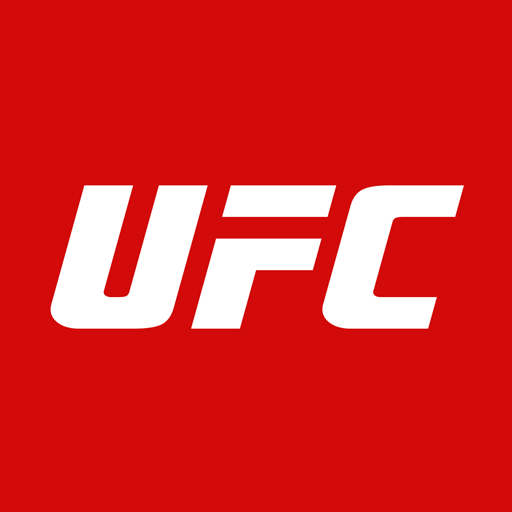 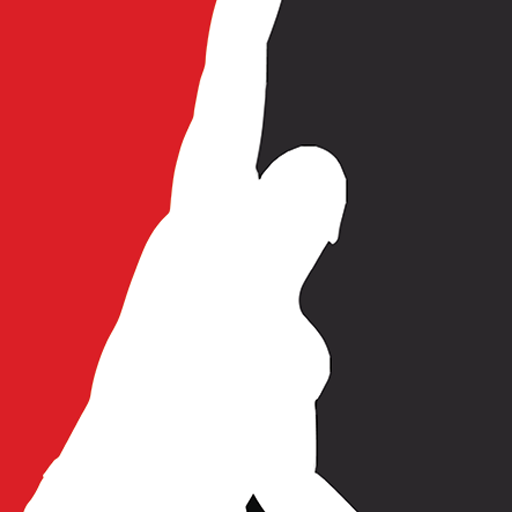 You’ve certainly heard about the new “MixedMartialArts.com App“(popularly known as MMA Underground) but you might not be sure what it is. MMA Underground is an app that is considered to be the biggest MMA discussion forum, as well as having a huge number to moderator from around the world.

This best MMA news apps provides all the latest news, interviews, and videos from the world of mixed martial arts. Also, it works as an records keeper where you can search all the registered MMA fighters. It’s available for both iOS and Android devices. And also offers a wide selection of  viral martial arts videos daily, including UFC and Bellator fight cards, as well as some international events.

MMA Underground is a free application that has been installed over million times. It has been featured on CNN, ABC News, ESPN, and The Today Show. Its one of the best MMA news apps of the year with an active community.

MMA NEWS is a great app for anyone who is interested in MMA. And not just fights, MMA News is also a source of all things related to MMA. With this app, you will read all the news of the week and get an idea of what’s going on in the world of MMA. The app gathers news from numerous website and serves them to its user think of it as a rss feed reader that only deals with MMA news.

With the rise of social media news, it’s become increasingly important to have legitimate news. This best MMA news apps allows you to get the latest news of every MMA fight that’s about to happen or that’s happened.

Joe Lauzon has a long history in the sport of MMA. In the past, the Joe Lauzon app was a text-based training program. It was very effective, but it didn’t allow the user to interact with the app in a way that would truly help them learn the material. So, the app has been redesigned to be more interactive. Now, he’s able to give you the best tips, techniques, strategies, and secrets that he’s learned over the years. It features a library of video lessons that will help you learn and master all the skills needed to become a successful MMA fighter.

The new version of the app is available for both iOS only devices. Though once considered to the best MMA news apps, until recently the app is discontinued by the developers.

UFC Fans A.K.A Next UFC (Android) 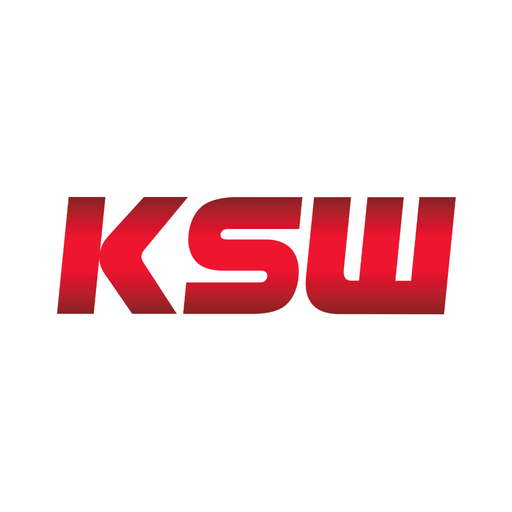 The UFC is an organization that has been around for nearly 50 years, yet it has only just recently embraced the digital space. And, they started to press release their event date and other stuffs online as well as in the live press briefing. For a MMA a fan its hard to remember the dates and schedule of fights and other MMA events. That’s a problem Next UFC or popularly known as UFC Fans app can solve.

UFC Fans is the best MMA news apps, with live fight schedules, video highlights and scores, ranked fighters and UFC news. This app provides prelims plus fighter profiles and event start times for based on location. Sadly the app is available only for Android devices for now.

The Ultimate Fighting Championship (UFC) is one of the world’s biggest mixed martial arts (MMA) competitions. It features fighters from around the globe competing in a variety of different styles, such as boxing, wrestling, Brazilian jiu-jitsu, and others. One of the most exciting aspects of this sport is that it combines many different types of fighting techniques into a single event, making it a great way to learn new skills.

With that said, there are plenty of other apps out there that can teach you some of the same skills, but MMA Trainer is a little bit different. As it’s considered to be best MMA news apps that’s better than any CD or DVD besides with everyday workout routine and, move from professional fighters it helps you to be ready for anything, react quickly, and stay alert.

We bet you heard of the popular news media name USA Today. If you don’t but you are into MMA stuffs then you will be. The thing is for the MMA lovers out there USA Today sports news team has developed this app called MMA Junkie dedicated to all things MMA.

You can’t go wrong with the decision of using this app for keeping yourself ahead of time. There are plenty of experts out there who have been working in the sports media for years and suggested this app for the fans and considered it as the best MMA news apps. This apps comes with some unique features like push notifications alter for every time any news breaks.

Along with video highlights and enhanced radio for podcast. Even you can fact check any rumors using their enhanced news filters.

The MMA Fighting Clash is an easy-to-play and straightforward but thrilling game. It is not, however, one of the greatest MMA games available, but it is worth a go. Besides being free the game comes with some unique features like Challenges, Quick Fights, Missions, Tournaments and more. With intuitive controls and realistic audio visual output the game is pleasing to everyone. And, with the ability to customize character its just gone wild.

We can’t say its one of the best MMA news apps and best MMA games either but maybe worth a shoot that’s all. Sadly this game is also available for Android only for now but if can make peace with something similar, then we will suggest you should check the game name “MMA Fighters Final Clash” for iOS.

There’s a reason why the MMA Spartan System is one of the top fitness apps in the App Store and Google Play. We thinks it is a best MMA news apps with fitness and workout features. But unlike MMA Trainer app we’ve already told you about earlier MMA Spartan System is most user-friendly and easy-to-use apps out there. The app includes a workout and nutrition plan for both beginners and advanced users. The app also includes a live coach that will help you get fit without having to spend hours in the gym.

Along with these the app come with 100+ intense workouts, Google Fit and Chromecast TV support that is something the MMA Trainer app lacks, achievement and challenge system to keep you inspired. And with all these goodies to top it off the app also has a built-in workout Reminder now you won’t be missing any workout session. And, there’s a catch though this app is one free like others we’ve already talked about instead you have to purchase the app to unlock the features currently it will $3.99 to avail this app.

If you’re looking for an app that will help you to stream premium live MMA sport events then FITE (popularly known as MMA Torch) might be the perfect solution for you. This app is designed to help you enjoy live sports events. This is a must-have app for any serious sports lover or MMA Fans.

FITE is also a website that has been covering the sport for almost as long as it has existed. People generally refers FITE as the Netflix like streaming service for MMA sport events. It has a fantastic interface that should make even the most demanding user happy. The website covers everything from UFC news to match results, fighter rankings, and more. It also has a huge list of video highlights that should help you catch up on any fights you may have missed. Our experts has considered it the best MMA news apps that allow event streaming too.

For those of you who are into MMA (Mixed Martial Arts) or any other sports, you may already have an app that you can use to keep up with all of the latest events. But if you’re not familiar with this app, then you might want to check it out. MMA Schedule is a free app that helps you keep track of all the upcoming fights in the MMA world developed by Speed Games. You can also use the app to set reminders for your next match.

This app lets you know when a specific fight will take place. The app includes events from all major MMA organizations in over 100 countries, including UFC, Bellator, WSOF, MFC, RFA, PFL, and many more.

The app also allows you to watch live streams of events from the UFC, Bellator, and WSOF. So you can say its one of the best MMA news apps with schedule features built-in. 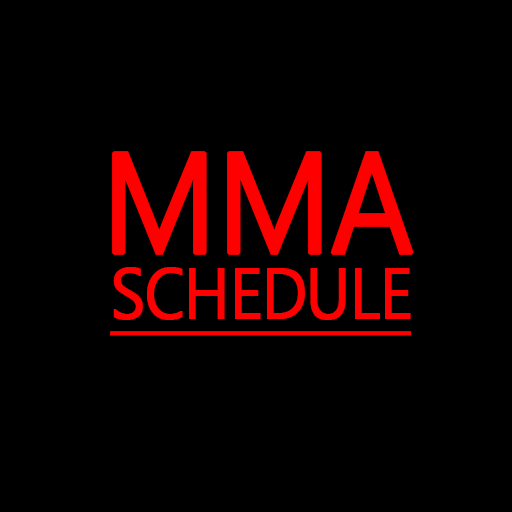 MMA is a huge sport, so it’s hard to keep up with all the news and rumors around it. That’s why we’re here to help you find the best MMA news apps for your needs. We’ve listed some of the best apps you can use on your phone or tablet. Whether you’re looking for a new way to follow the sport or you’re just looking to learn more about the sport, these apps are sure to help you out.

The apps we talked about in this article are all unique and offer their own set of features to help MMA fans stay up to date with all the news, events, and the fights. We hope that you’ve enjoyed learning about MMA apps for iPhone and Android devices.

Which one of these best MMA news apps did you like the most? Have you tried any of these apps? If so, what’s your thought of them? Please do consider leaving your thoughts in the comments below!!